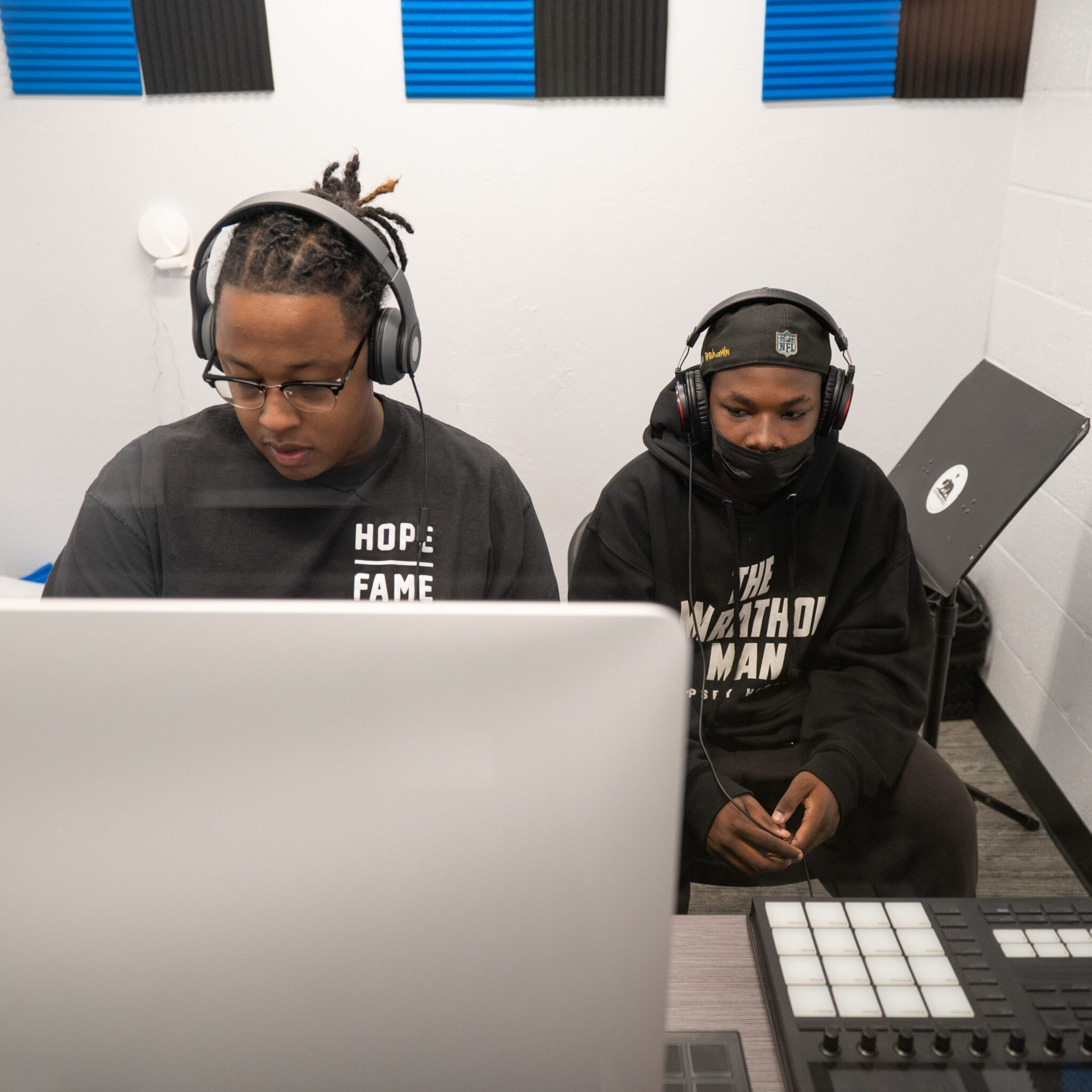 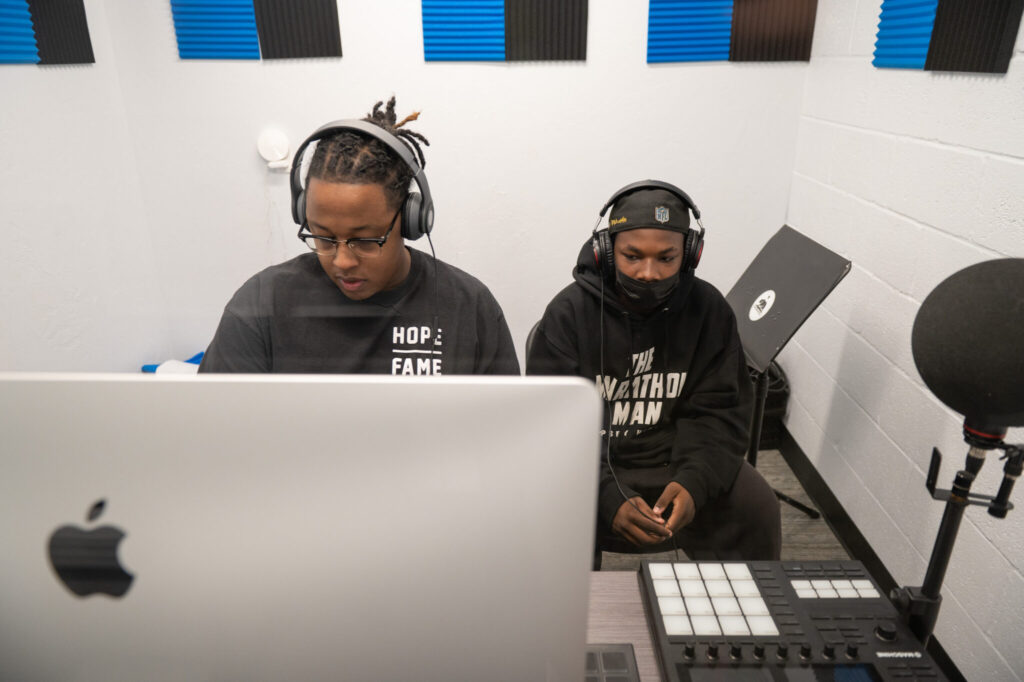 Dreaming big and daydreaming are two different things. One propels us toward our goals, and the latter can distract us from them. Marcus Jackson knows each state-of-mind well enough to have one change his life and the other change his community.

Jackson is the Executive Director of the Bridge Impact Center, a brick-and-mortar extension of Urban Bridge, located on Martin Luther King Avenue in Northeast Oklahoma City, just outside the Innovation District. According to its mission statement, the Bridge Impact Center is a place “striving to create environments that positively impact youth, families and neighborhoods in traditionally under-represented communities through mentoring, tutoring, college & career preparations, financial literacy, the arts and community partnerships.”

But it is also much more than its mission statement says; it is a safe place for youth to cultivate dreams, ideas and curiosity through programs built to create formative, holistic development opportunities.

Jackson started the Bridge Impact Center after years of daydreaming. He was born and raised in Northeast Oklahoma City, and throughout his time, he developed a saying, “If it’s not here, it’s not coming.” And it was that saying that ultimately led him to meeting the unaddressed needs he saw in his community – mentorship, educational programs and professional development.

“I have been in this community (Northeast Oklahoma City) for 35 years, and I saw a need,” Jackson said. “I had to stop daydreaming and thinking about how cool it would be if someone built a center for students, and instead, I had to just go do it.”

So he did, alongside the two other founders of Urban Bridge, Vernon Deas and James Jackson.

Now fully operational, the Bridge Impact Center is a mecca for meeting student needs not only in Northeast OKC, but as a space that would compete with any other across the OKC Metro. The Center has a tech lab, athletic space, a teaching kitchen, a board room, a mental health area with free onsite counseling, a graphic design & video studio, a music & dance studio and general space for students to lounge, play video games and hang out.

It was through the buildout of Bridge Impact Center’s tech lab space that the Innovation District got to know the scope of the Impact Center and had the opportunity to connect Jackson with others around the District who could help him meet the needs of his vision.

A primary role of the OKC Innovation District is to act as a convener and connecter, and it was the District’s relationship with the leadership at Oklahoma State University’s Hamm Institute for American Energy that led to outfitting Bridge Impact Center’s tech lab with its biggest need – computers.

Bridge Impact Center’s transformed tech lab is built for long-term success, too. It is made for exploring technology in a real way that sparks interest through activities, games, and exposure. The Center is purposeful with aligning its resources with companies in technology and the arts to give students internships and job opportunities they may not normally have. It’s these opportunities that fuel Jackson- giving students the chance to feel seen and feel confident in the trade that fits them, while giving them the space to grow in whatever trade or skill that may be.

What once started as a daydream for Jackson, has now transformed into cultivating big dreams for youth visiting the Bridge Impact Center. According to Jackson, he is answering questions students have never asked before as they begin to realize the opportunities that exist through hard work, belief and resources.

“Now, a lot of kids are asking new questions, Jackson said.” They’re asking questions like:
‘How can I create an app?’
‘What do I need to do to make my own video game?’
‘When can I turn my graphics into NFTs?’
‘Where can I get mentorship to learn to code?’ And
‘Why can’t I be the next person to make the next big device?’”

People, regardless of age, learn in the process of creation and exposure, and the Bridge Impact Center is providing each of those opportunities. The Center has impacted Oklahoma’s STEAM scene, workforce and overall quality of life, and it has evolved from a daydream into a dream-making machine, showcasing to students that the sky has no limits because there are footprints on the moon.

And the Bridge Impact Center isn’t simply about sending kids out to make an impact; it’s also about bringing professionals into each program to make an impact themselves through teaching and mentorship. As Jackson notes, “a bridge functions two ways,” and he invites the community to get involved.

“If anyone has a heart for young people in this community, we want to know about it.” Jackson said. You may have a unique knowledge or ability, and we want you to share that with the community because the community is how this gets pulled off. This dream doesn’t work without everyone working with us.”

If you or your organization want to learn more or get involved with the Bridge Impact Center or Urban Bridge, visit their website at www.urbanbridge.org.

Special thanks to the Bridge Impact Center’s Executive Director, Marcus Jackson, for this interview.