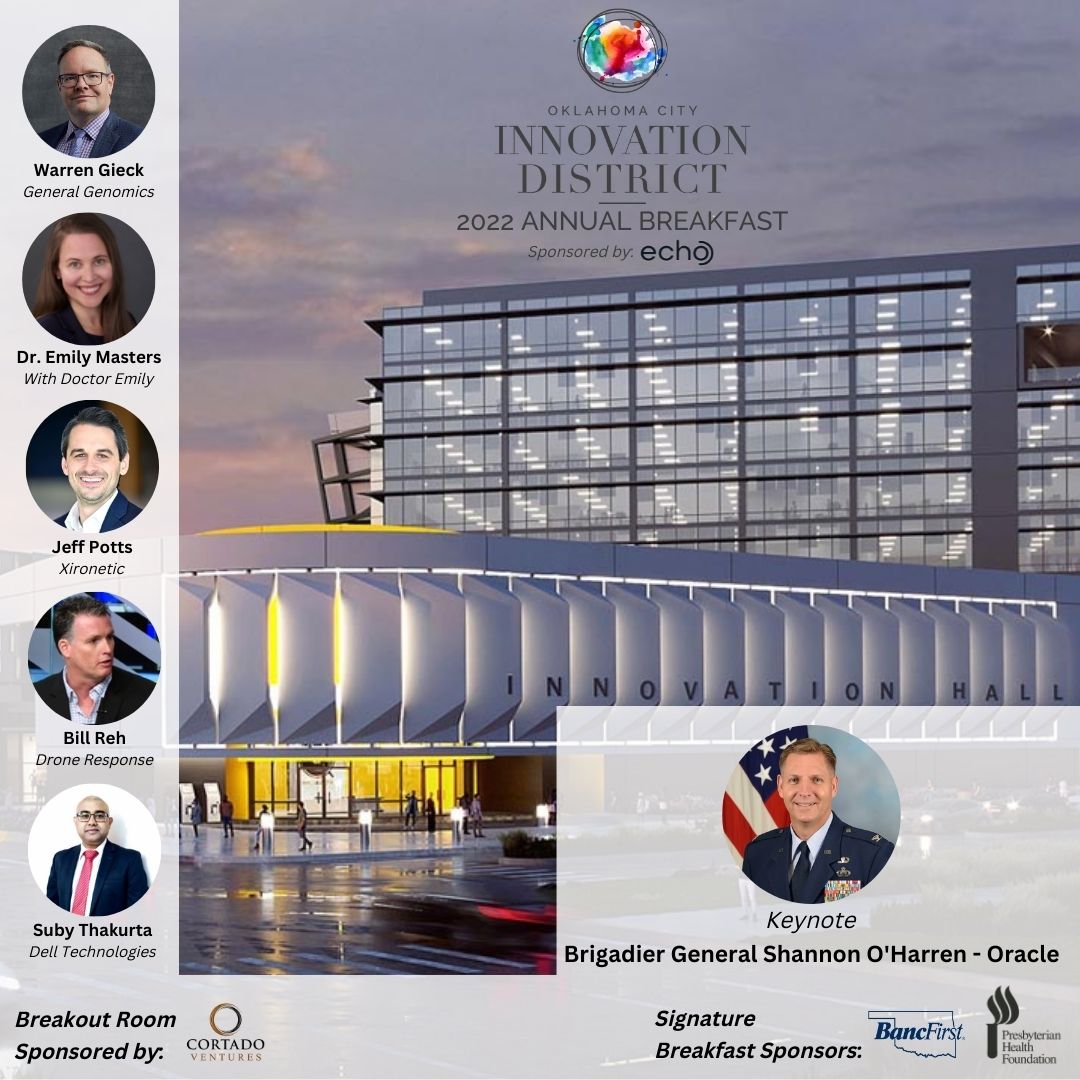 2022 Annual Breakfast: The Future of AI in Oklahoma & Around the Globe

The Oklahoma City Innovation District will host its Annual Breakfast on November 2, 2022 from 8-10a at the Omni Oklahoma City Hotel.

Immediately Following Event:
One breakout room discussion at the OMNI to continue the conversation.
The room will be reserved for one hour.

General O’Hannen, in his civilian role, serves as an Executive for Oracle, within their National Security Group. In this role he leads and guides the latest technology development for Oracle’s most sensitive clients. General O’Harren is a career intelligence officer and has served as a National Aeronautics and Space Administration (NASA) military liaison officer and aircrew member flying complex prototype technologies to evaluate their application to urgent US Government needs. He has held numerous key staff positions at the unit, operational, Combatant Command, Joint Staff and Office of the Secretary of Defense levels. He has Directed and Commanded specialty joint and interagency teams, and supported numerous overseas contingency operations.”