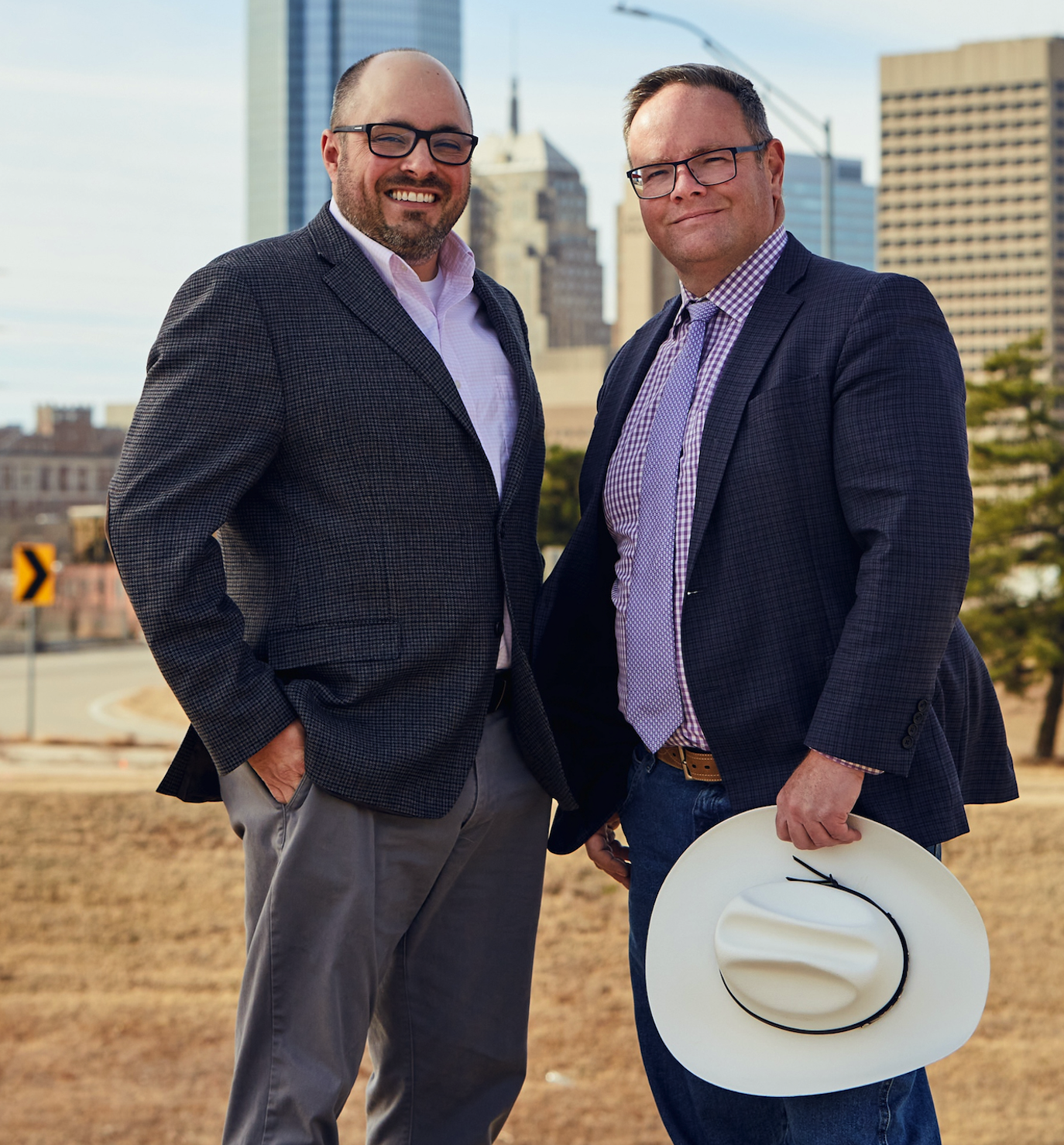 How Collaboration Can Lead to Innovation: A Conversation with General Genomics 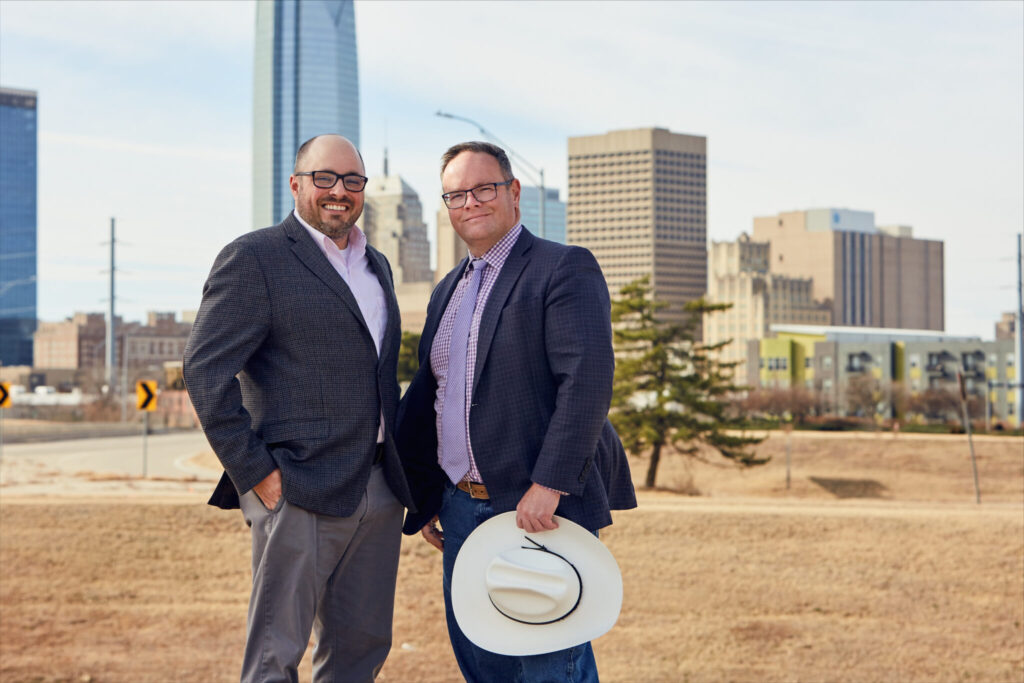 Oklahoma City is in the middle of an ever-changing world as a city on the brink of change itself. In today’s global economy, the city would often be viewed as a pitstop on the way to a “bigger and better” destination. But to anyone who has driven I-35 through the nation’s heartland and turned that pitstop into a lengthy, Oklahoma “stay awhile,” they would have noticed something worth staying for and investing in.

In the rearview are days when Oklahoma City’s key sectors – academia, aerospace, bioscience, energy, healthcare, manufacturing and research – worked solely in silos, and on the road ahead lie opportunities for those industries to cross, merge and collaborate, giving the city a future at becoming a stable, international competitor in the ever-changing global economy.

A group who has seen the road ahead is General Genomics, a company whose story is built on cross-industry collaboration leading to innovation – the very thing the Oklahoma City Innovation District’s mission stands on.

General Genomics is a bioinformatics artificial intelligence platform, a company that fuses biology and information to interpret and understand data from living organisms. The company was founded by A.J. Rosenthal, Warren Gieck and Caleb Stuart, and behind their three backgrounds lies seven industries: energy, engineering, entrepreneurship, investment, legal, military and science, all of which come together to make General Genomics what it is – a trendsetter in the biotech industry, an industry that happens to be unfamiliar to each of them until now and now the eighth industry added to their collective resume.

Oklahoma City’s regional biotech scene has been being built for decades, and that strategic focus has launched the region into one of the fastest growing biotech hubs in the U.S. Since the establishment of the Oklahoma Medical Research Foundation (OMRF) in 1946, the region has witnessed unprecedented growth and reinvestment in biotech capabilities, expertise and resources. The addition of General Genomics capabilities only adds to that as they join the ranks of some of the nation’s biotech leaders in Oklahoma City, one of several reasons why the company chose OKC as a headquarters to launch its bio/tech venture.

“It’s easy to sit in Austin, TX with a microphone, but that doesn’t mean that anyone is going to listen to you,” General Genomics President & Co-Founder, A.J. Rosenthal, said. “When you come to Oklahoma City, people care, and the city has a hunger to its entrepreneurship scene. There are lots of sprouts of opportunity here; we just need to put a little bit of water on them.”

And those “sprouts of opportunity” Rosenthal refers to are opportunities for innovation in a city ripe for it. As Rosenthal notes, innovation doesn’t have to happen by chance; all it takes is the right combination of resources, conversation and cross-industry collaboration.

“Innovation doesn’t have to be serendipitous, and money doesn’t always equal innovation” Rosenthal said. “But communities do need critical mass, and they do need opportunities for people with different backgrounds to find similarities through conversation because conversations lead to chances of finding relationships and value in those different than ourselves.”

Rosenthal believes those types of conversations can happen more often once we begin to realize we have more similarities than we do differences, no matter what industry we are in.

“It’s the differences that make us better and make us stronger,” Rosenthal said. “Innovation comes from the hunger to find similarities in those differences, similarities that can be found in our purpose and common, human likeness.”

“If we were to map our bodies – 10 fingers, 10 toes, two eyes and one nose – people would realize we are 99.9 percent the same and that what makes us different is a lot less than what makes us the same, but then we must ask the question, ‘How do we become more cohesive?’ Innovation happens when we find a common purpose and when we can come to those purposes with our varying skillsets and similar inputs.”

“Simply calling this an ‘innovation district’ doesn’t make it innovative,” Rosenthal said pointing to Stiles Park and the Beacon of Hope. “This place has to continue to be activated with community, cultural awareness and inclusivity that invites everyone to that symbol (the Beacon of Hope), and it must continue to create opportunities for conversations to happen between the institutions here.”

“Fire doesn’t start from overhead; it starts from a spark, and it takes fuel. If there is a spark with no kindling or an idea with no people, the sparks and the ideas burn out.”

General Genomics was founded on collaboration – collaboration among peers and across industries. And despite the General Genomics team being new to the neighborhood, they have already started collaborating across Oklahoma City’s Innovation District ecosystem with OMRF and a new partnership with the Oklahoma School of Science & Mathematics (OSSM) to help retain state talent with some of Oklahoma’s brightest students.

“We’re out to see how good Oklahoma is at taking red-dirt ingenuity and economics to make a play at becoming a biotech leader in the global economy, and now, we just need to invite everyone to get on board and to start talking with one another.”