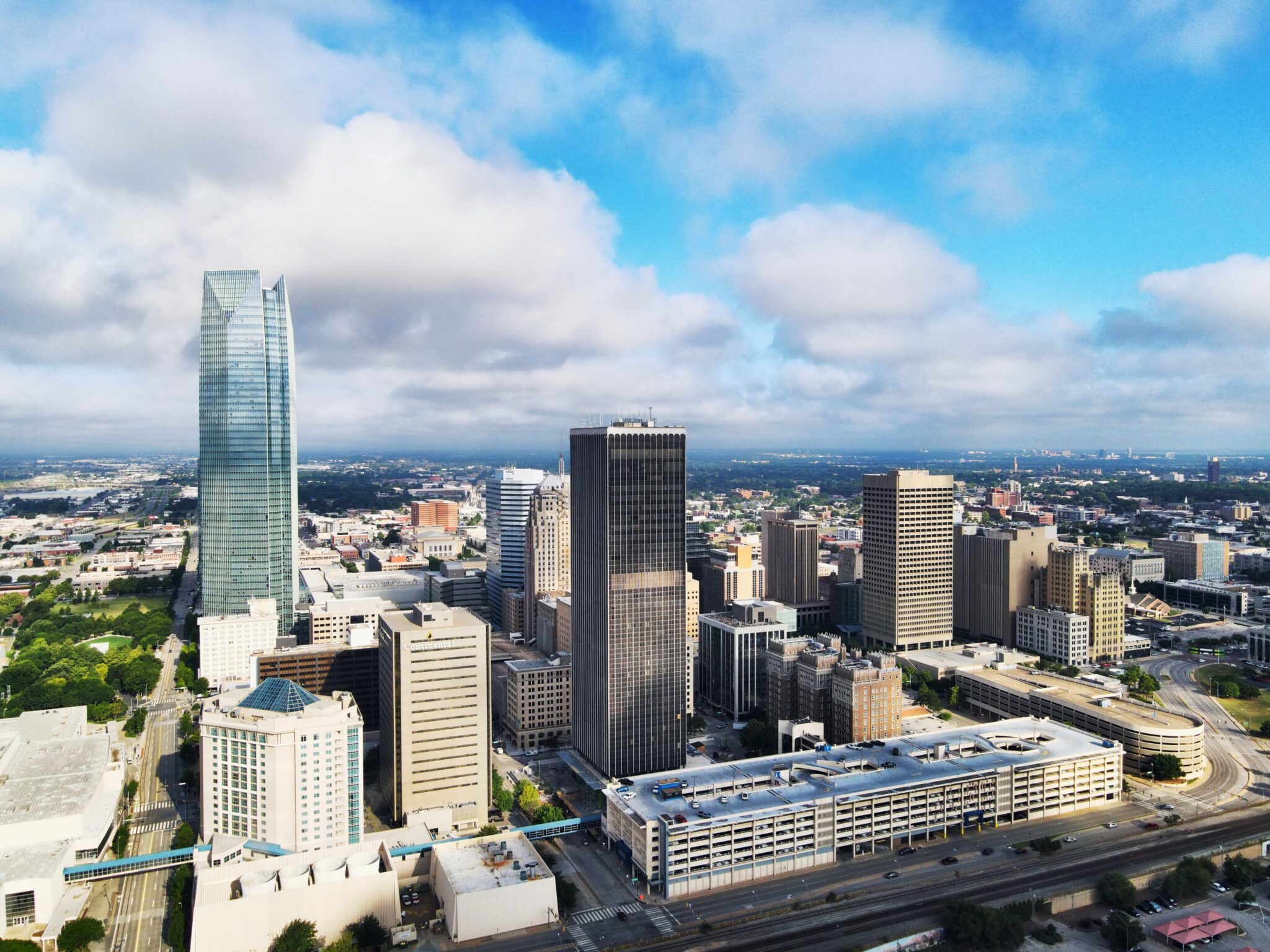 Three Years, Willpower and an Ecosystem

And Kanady’s team vision is not a siloed, lofty one.

In fact, it is a vision shared by several Oklahoma City venture capitalists and entrepreneurs, another of which is Nathaniel Harding of Cortado Ventures.

“We (Oklahoma City) have the talent and spirit, and now we also have the critical mass of smart money, hungry entrepreneurs and intellectual infrastructure to support tech startups in adjacent sectors,” Harding said. “The significance of all this can’t be overstated; We’re seeing the beginning of what will define OKC for the next 100 years, just as oil & gas defined the city over the last 100 years.”

As Harding notes, venture capital and entrepreneurship haven’t always been industries the State has been known for (or good at). In many ways, both industries are in their infancy stages, while others paved the way for these industries to gain their footing.

“The state’s staple industries have historically been agriculture and oil & gas, while in our more recent history, we’ve seen increases in aerospace & defense, manufacturing, banking and biotech,” James Roller, a Managing Partner at Victorum Capital, said. “The wealth creation of the early 1900’s oil & gas industry spurred much of the development of Oklahoma, which can also be said about our more recent economy; Oklahoma oil & gas revenues have bolstered the coffers of individual landowners and local and state governments to fund the expansion of our State’s emerging sectors.”

And venture capital, along with entrepreneurship, are two keys to those emerging sectors.

“Venture Capital in Oklahoma has seen a significant uptick over the last three years,” Roller said. “In the past, there were only a few sources of startup capital in the State, while in today’s Oklahoma, there are multiple funds and a more engaged set of corporate & angel investors.

“As high-quality startups continue to be built in Oklahoma, more venture capital funds will be formed here that invest, which is a cycle that should continue to build on itself and lead to better outcomes for investors, companies and ultimately the state of Oklahoma.”

The VC/entrepreneurial cycle Roller references is one that is not easy to spark and one that has been elusive in Oklahoma’s past. There have always been, ‘Which came first, the chicken or the egg?’ questions regarding the start of the cycle’s capital and deal flow nature.

“For years we asked ourselves which is first: organized startup capital or deal flow,” Harding said. “And we have concluded that the answer is both, all the time, at the same time and in a messy, organic and iterative process – a process that is happening now as Oklahoma City is at the forefront of the ‘third wave’ of innovation, outside the traditional hubs of San Francisco, New York and Boston.”

Oklahoma, and the State’s capital itself, is certainly drawing new looks from startups, investors and companies that it previously would not have received, as eyes on the coasts have begun to look to flyover states for more opportunity and a higher return on investments.

“Investors who have previously overlooked states like Oklahoma are rethinking Middle America as the place where things are made,” Kanady said. “The capital markets and maker-economy in Oklahoma are stronger than ever, demonstrating that there is not only a desire for high-return investments in cutting-edge companies outside of Silicon Valley and the coasts, but that the conditions in the Middle Coast have never been better positioned to meet that need.”

The Oklahoma City Innovation District, along with other key entrepreneurial-focused assets across the city, are working together to promote the message that Kanady highlights and to help raise awareness that OKC is in the process of becoming a top-tier ecosystem to invest in and for startups to thrive in. Leaders across the city are nurturing the roots of the area’s entrepreneurial ecosystem to ensure that it flourishes by doubling down on the number of resources available and increasing OKC’s exposure to national audiences through collaborative storytelling efforts of entrepreneurial success stories happening here.

“In recent years, we’ve seen exponential growth in Oklahoma City’s VC network and entrepreneurial ecosystem, where several accelerator and pre-accelerator programs have started or moved here, along with innovation hubs, incubators, maker spaces, coding bootcamps, mentorship programs, pitch events and organized capital of all types,” Harding said. “Three years ago, there were just a handful of such providers and programs, and now there are scores.

“The Oklahoma City Innovation District has shown a spotlight on this opportunity and draws on the best to join this growing community, as OKC now has the critical mass in venture capital to continue thriving and attracting the best.”

Even transplants to Oklahoma City recognize the numerous resources and perks that entrepreneurs can take advantage of here to make a startup successful. Of those perks, the low-cost of business and funding potential stick out to Bradley Davis, the CEO & Co-Founder of one of OKC’s newest and most successful startups, Podchaser.

“One of OKC’s main positive attributes for an entrepreneur is the ability to reduce your personal burn rate via low cost-of-living,” Davis said. “Additionally, while running a company, both the talent and resources needed to grow your startup are considerably less expensive here.

“I am a transplant (to OKC) and had received funding prior to moving here, but I believe I would have found similar success, likely at an accelerated rate, had I started in OKC. There is a lot of dry powder looking to diversify into scalable tech opportunities all over the area.”

When one thinks of ‘Top US Cities for Startups & Venture Capital,’ Oklahoma City does not typically come to mind with the likes of San Francisco, Austin, Denver or Boston, and at this point, it shouldn’t. But OKC’s needle is slowly moving, and it is trending in the right direction.

“There are many successful entrepreneurs in the Oklahoma City-area, along with new VCs and multiple startup organizations that are aiming to aggregate all the available resources in one spot.” Davis said.

“Oklahoma City is in its early days, but the will is there, and that is crucial to an ecosystem’s chance of success.”

Special thanks to Bradley Davis, Nathaniel Harding, Christian Kanady & James Roller for their time and help with this article.