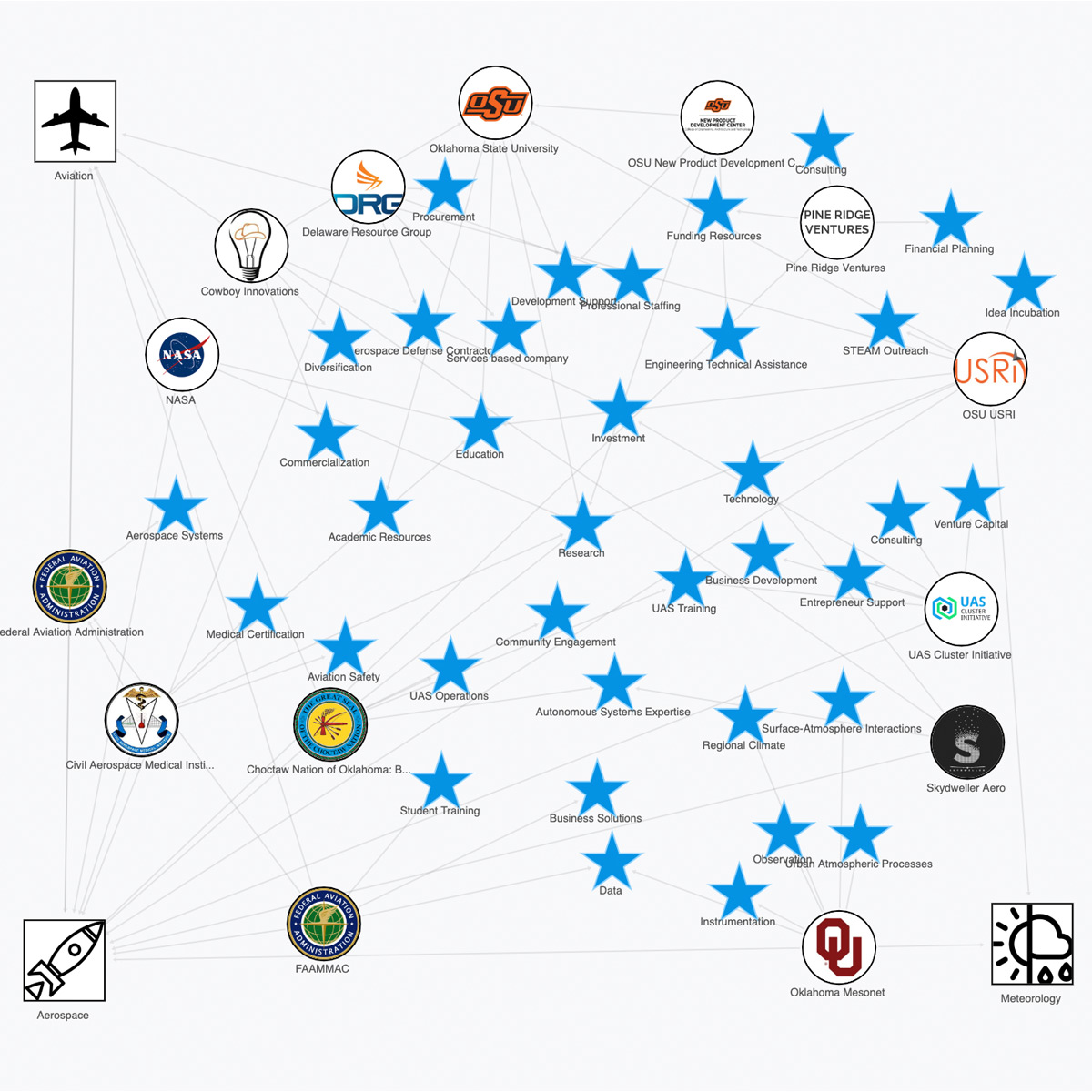 The Oklahoma City Innovation District is designed to be an epicenter for collaboration, opportunity, economic growth and, of course, innovation. The District has a primary focus on networking, programming and creating opportunities for idea-sharing, and at the heart of that sits the role of being a neutral-party convener, a convener of industry and the professionals making up those industries.

Conveners bring people together. They unite groups and individuals around issues, problems and opportunities to address them, solve them or capitalize on them, and one of the new ways the Innovation District is playing its role of convener is through asset mapping. The District is using The Nucleus, its Cognitive City from the Exaptive Studio platform, to create complex networks of the industries, organizations, services and professionals that make up the District’s ecosystem and how each of those resources and assets are connected.

The Innovation District’s ecosystem is made up of thousands of professionals, more than 100 organizations and several key industries, each with its own specialty or expertise. In the real world, it’s impossible to network with each professional and organization or to even know which ones to connect with, but with the industry-specific asset maps the District is building, connecting the dots between the ecosystem’s industry assets moves from impossible to easy.

One of the asset maps containing the broadest scope and most data is the aerospace & unmanned systems map. Aerospace is one of the top two industries in Oklahoma, and the Oklahoma City metro is home to the second largest military air depot in the U.S., among other organizations, making the Innovation District’s ecosystem ripe with resources. 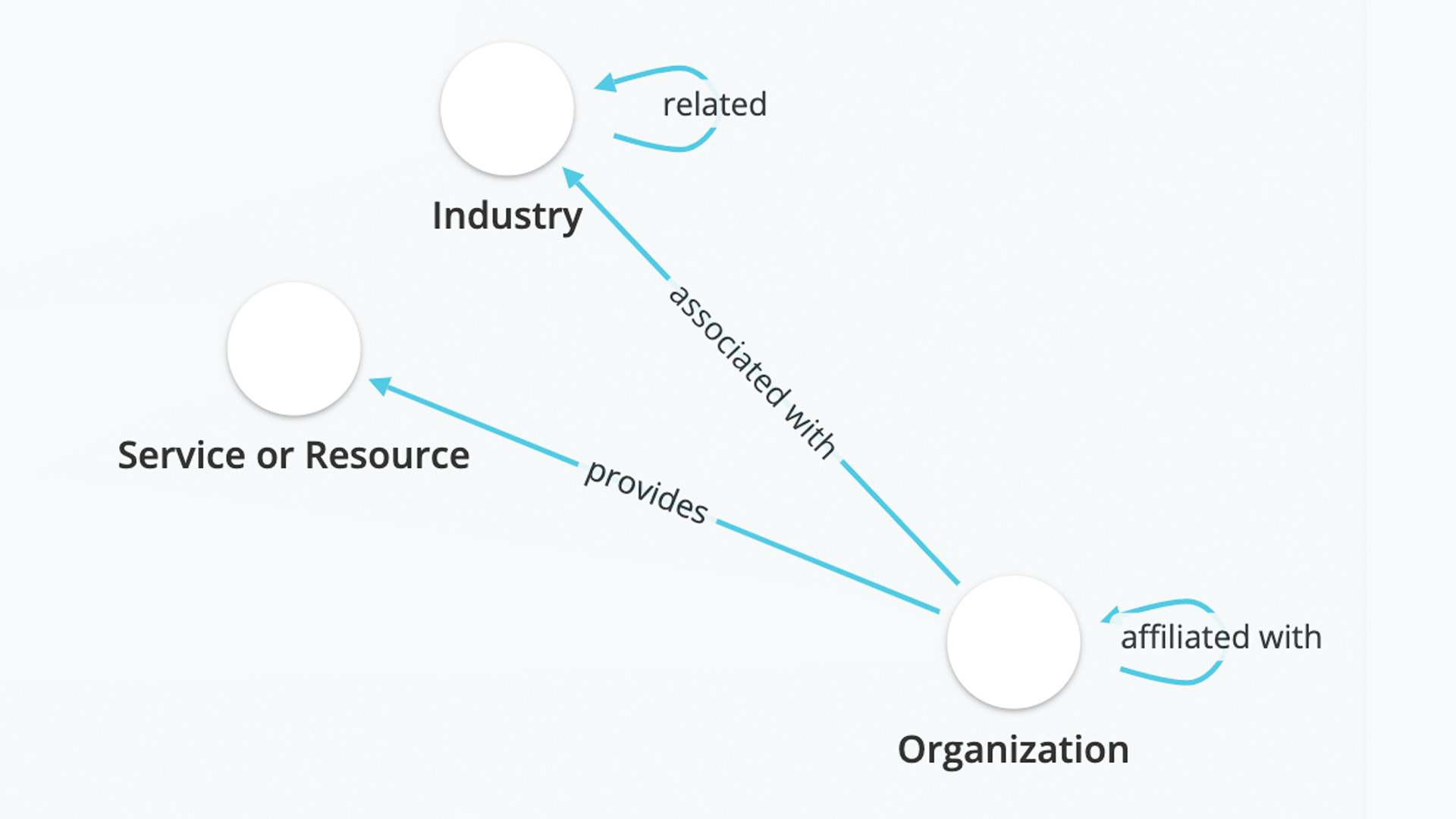 The aerospace & unmanned systems asset map was built with a simple, mental-model schema geared to pull the data needed for the project, along with each data sets’ connecting points.

The known industries, services/resources and organizations affiliated with aerospace & unmanned systems were pulled from the Innovation District’s Nucleus database (a small sample of Oklahoma’s large aerospace sector), and the schema reflects the relationship organizations have with one another, the services/resources they provide and the industries they are associated with or related to. Most importantly, the schema is also built to reflect the shared services, resources and industries that each organization may have in relation to another.

For example, Research is a shared service/resource among several of the Innovation District’s aerospace assets.

As the Innovation District’s aerospace & unmanned systems asset map stands now, it is a network of 40 services/resources provided by 15 organizations across three similar industries, and the map will only continue to grow as data is entered by the professionals working daily in these industries.

If you are in the aerospace or unmanned systems industries, we invite you to engage with this asset map by signing up for The Nucleus where you can begin virtually connecting with other innovators. The asset map and other views can only grow as users onboard and engage, so invite your co-workers and other professionals to join and get connected. Think of it like growing your Facebook friend group, only based on industry and innovative ideas.