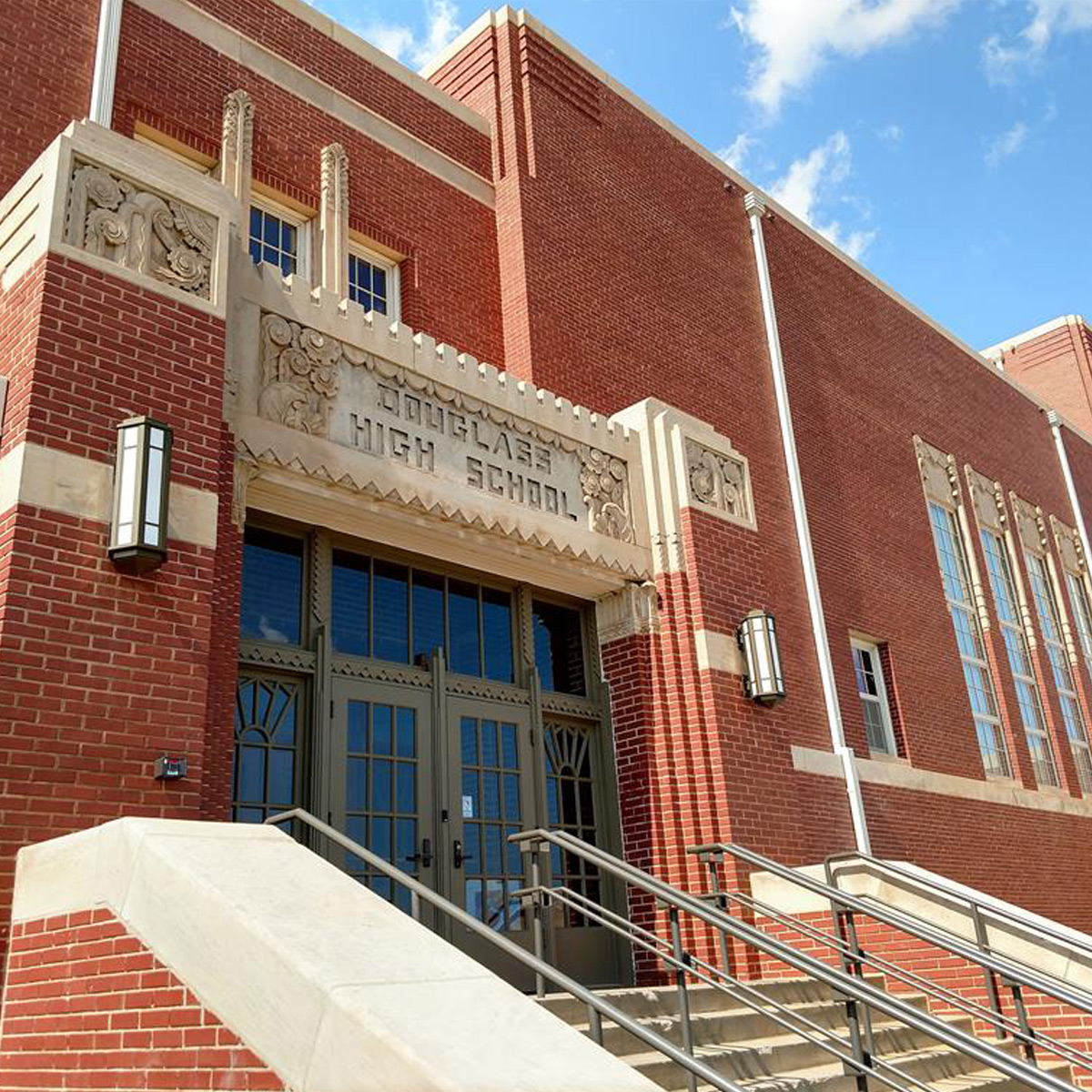 Page Woodson: “A Thriving School, a Thriving Community and Volumes of History” 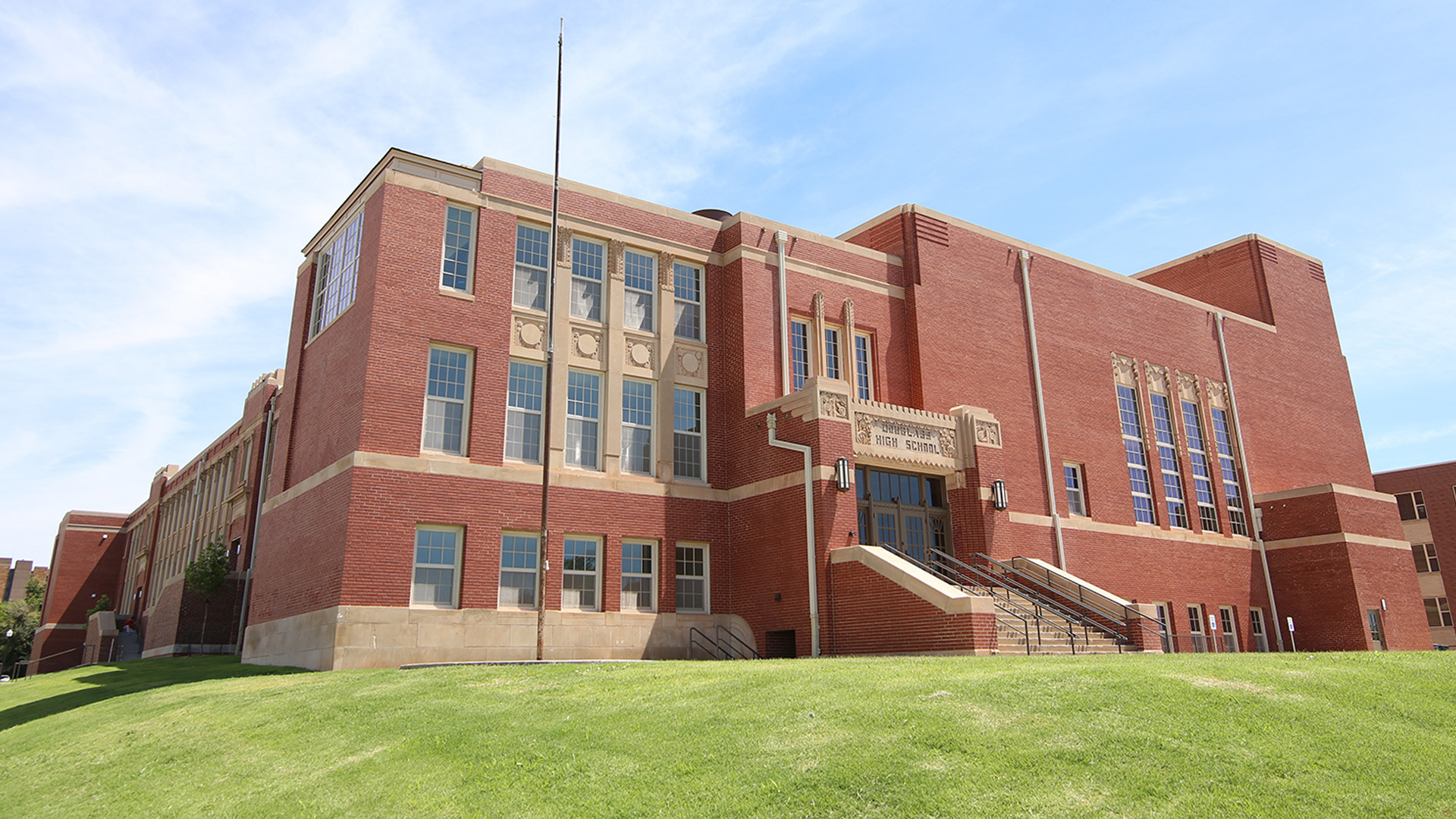 At one time, Oklahoma was Indian Territory, and it was then that African Americans and Freedmen would benefit and migrate to Oklahoma to pursue the American Dream. A chance to own land, farm it, build it and establish economic wealth. Oklahoma meant hope. Oklahoma meant a future to raise generations of families with opportunities and education, specifically in the urban environment of Oklahoma City. Doctors, farmers, lawyers, and sharecroppers – entrepreneurs of all sorts from all over the nation’s north, south and east regions – were determined to seize those opportunities.

And the Northeast part of Oklahoma’s capital city wasn’t always “Northeast Oklahoma City, either.” At one point, it was simply “Oklahoma City,” a city where a large percentage of the aforementioned migration took place. That was when the capital city was in its early stages, when 23rd Street most likely felt as far north from the city’s core as Edmond, Okla., does now.

And the Classical Revival red brick school building sitting in Northeast Oklahoma City, just inside the OKC Innovation District, wasn’t always known as Page Woodson; it has carried several names over its 112-year history. The structure was built in 1910 as an all-white school called Lowell Elementary School. At one point, it carried the name of another (current) Northeast Oklahoma City school, FD Moon Middle School, among other names. Most notably, however, the building carried the name Frederick Douglass Junior Senior High School, where Gina Sofola, a Northeast Oklahoma City community planner and activist, says the building “was the center of activity for OKC’s Black community,” from about 1934 to 1956.

“The African American community in Oklahoma City had created its own economy with hotels, restaurants, churches and more,” Ms. Sofola said. “Deep Deuce was home to not only world-impacting entertainment, but also to the businesses that were the economic engines for the community, so as the community grew, a decision was made by the OKC School Board to move Lowell Elementary School to another location and to turn the building into the city’s first school in the newly formed ‘Negro Segregated School System.’ This ‘Douglass’ would be the fourth Douglass school, but it would be the first within the separate school system.”

“In 1933, a growth plan was put in place, the main building was expanded to the size it is today to properly fit a functioning junior and senior high school with room to grow (fully equipped with a gym, auditorium, cafeteria, industrial classrooms, and in the 1950s, a swimming pool). And in 1934, Frederick Douglass Junior Senior High School officially opened with Inman Page, a renowned African American educator, as the supervising principal,” Ms. Sofola said.

Douglass School opened its doors as a place where education was valued. The school was known for having great teachers, opportunities to excel in academics, the arts and athletics, and Douglass was a place where students aspired for higher education. Its graduates became writers, musicians and professionals who would go on to become some of the “first” African Americans in many different arenas of Oklahoma City, such as the city’s first African American Fire Chief and the city’s first African American to be admitted to nursing school. Douglass also hosted the likes of Thurgood Marshall, Duke Ellington, Muhammad Ali, Jesse Owens, Marion Anderson, and premiere governmental leaders, among others, who would not only visit the school, but also interact with the student body, speak at graduations and host national meetings for government and educational dignitaries.

It’s for these reasons (and many more) that Page Woodson is one of Oklahoma City’s most iconic buildings, not simply because of its elaborate exterior, but even more so because of the “thriving community and thriving school with volumes of history,” that the building represents, as Page Woodson & OKC developer Ron Bradshaw of Colony Partners, Inc., says.

“The policies put into place around the nation, coupled with the expansion of OKC’s medical activities, grew suspicion and mistrust in the community here,” Mr. Bradshaw said. “People were told one thing, but those things would never happen; Folks were relocated, and they never even wanted to move.”

Ms. Sofola added another note of history to what Mr. Bradshaw’s perspective noted.

“HUD policies, in many ways, shaped what African Americans across the country believe about the American Dream, that partaking in that ‘dream’ was not meant for African Americans and that to partake in it would be a fight for decades to come, as cities used unjust policies as tools to separate African Americans from their homes and from the legacies of wealth creation they wanted to leave future generations,” Ms. Sofola said.

“One Oklahoma City resident said to me (Ms. Sofola) that the HUD policies ‘turned African Americans from owners to consumers,’ so in a way, restoring Page Woodson is important to this community’s history as a way of symbolically rebuilding hope after the policies of the 1960s that not only tore down Northeast OKC, but also tore down the spirits of so many.”

As Ms. Sofola also notes, the history of the Page Woodson development, as well as Oklahoma City’s northeast region, is important to revisit because it is a history that has established the backbone of the collaboration efforts embarked on to make Page Woodson and the 10 acres surrounding the development what it is today.

“Any type of development project is a big deal because it takes big dollars, lots of collaboration and involves massive changes to our infrastructure,” Ms. Sofola said. “Doing it wrong is costly so we must be methodical and intentional about how we do our work. And while developing the 10 acres of land around Page Woodson does not offer the same symbolism as the school’s restoration, it does catalyze development in the area and make it a viable place to build businesses and families again.”

And that is a foundation of what Page Woodson stands on today and what it will continue to stand on in the future: offering opportunities for commerce and community to grow and for bridges to be built between the neighborhoods and micro-communities in the ‘new to the neighborhood’ Innovation District.

Page Woodson is currently in its final phases of development, after having gone through updates that have landed it on the National Registry of Historical Sites and have won it a Driehaus National Preservation Award. The renowned and renovated Auditorium at The Douglass is equipped with a state-of-the-art stage and theatre technology and has become a leading performing arts venue in Oklahoma City, seating up to 725 people.

Each phase of the development has also had an intentional component of providing for mixed income, mixed use and mixed generational living. The ultramodern apartments in the original building portion of the development are dedicated to those who make no more than 60 percent of the medium income, and the development’s setting is one that ‘celebrates the African American community,’ a community that has embraced Mr. Bradshaw over the years, and a community that he himself has embraced after purchasing the building at auction.

“After I bought the school, I started driving around the neighborhood to different houses to meet people,” Mr. Bradshaw said. “As I started talking to folks, I realized that while I had bought the building in title, the community actually owned it.”

The final phases of the plans also include 14 live/workspaces, flexible spaces that will allow the tenant of each the opportunity to build a business in Northeast Oklahoma City. And while all businesses are welcome to be a part of the development, Ms. Sofola and Mr. Bradshaw are first and foremost working with a team of community partners to ensure that African American owned businesses are represented and have business development opportunities at Page Woodson.

“This development hopes to have retail, local artists and restaurant owners all living and working here, which is a mechanism for connection of living and opportunity in one place,” Mr. Bradshaw said. “The success of it will happen not because people simply want it to happen, but because it has been developed to create density and demand.”

“We’ve tried to communicate the importance of community throughout this entire process,” Ms. Sofola added. “And while we’ve had some successes and some failures, we have worked hard to culminate an understanding of the wholistic process leading up to these final phases of the project, as the live/work housing is finished, and the African American Commemorative Plaza is installed.”

The African American Commemorative Plaza, developed by Hans Butzer (the same architect who designed the Oklahoma City National Memorial), is set to be the ‘crowning jewel’ of Page Woodson and is meant to be an installation for Northeast Oklahoma City itself, not just a benefit for Page Woodson.

“The plaza has always been a part of the master plan, and now that we’re at the end, the community needs to understand that the plaza is for them,” Ms. Sofola said. “We feel the plaza is important to the community’s dynamics and that it will commemorate the contributions of the community, extend the school’s history into the public realm and connect the school to Booker T. Washington Park.”

It’s fitting that the Page Woodson development’s final phases will be capped off with a plaza reflecting and honoring the history and community that built it. It’s also fitting that the history of this award-winning development would come full circle, as the development nears completion with the African American Commemorative Plaza connecting Page Woodson back to Northeast Oklahoma City’s Washington Park, a park that students from the once Frederick Douglass Junior Senior High School named, all those years ago.

Special thanks to Gina Sofola and Ron Bradshaw for their time and help with this article.
To learn more about Page Woodson, visit www.pagewoodsonokc.com.