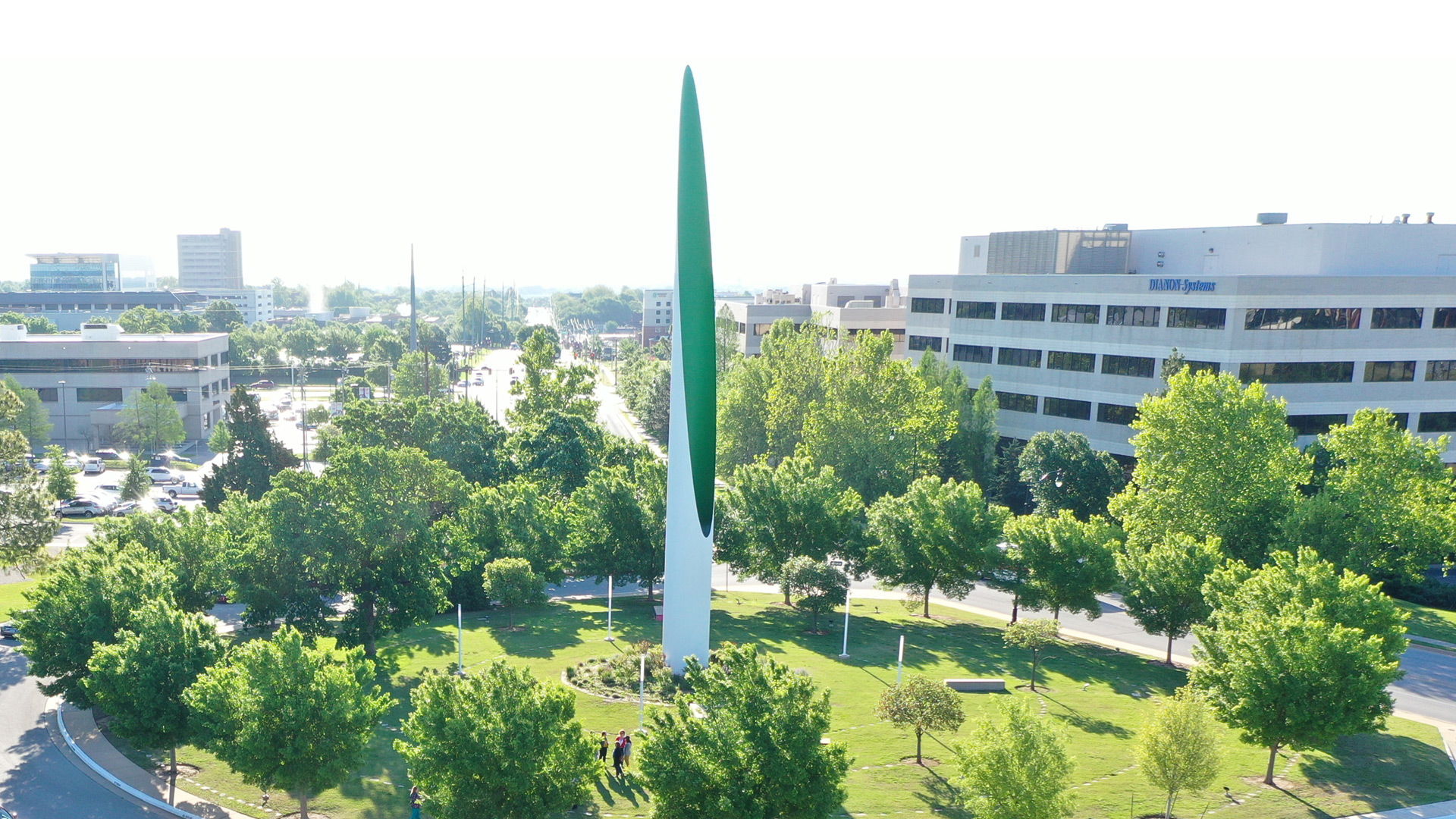 The Oklahoma City Innovation District is home to several city parks, but at the heart of the District sits a special one – the first one.

Innovation is about firsts. It’s about creating new methods, ideas and products, and that’s exactly what Oklahoma City witnessed on August 29, 1901. On that day, the concept of a city park was not new, but the place and time for it was.

Oklahoma City started after the Land Run of 1889 when Congress opened the land for settlement; however, Congress did not provide any formation of a government until 1890, so the city governed itself with the help of US Army soldiers led by a Captain named Daniel Stiles. He and his soldiers camped near what is now NE 4th St & Walnut, an area of high ground where they could watch over the city. And 12 years later, that situation is what Oklahoma’s first park was formed out of: A city full of frontiersmen with no established laws, rules or government and a group of soldiers.

Captain Stiles, a Canadian by birth, retired in Oklahoma City after his time of service there and created the Maywood addition, one of OKC’s first neighborhoods located on the Northeast side of the city. Maywood happened to house two unique, geometric features – Harrison Avenue, a diagonal street, and an overgrown, brushy town circle with a 200’ diameter, a circle that would soon be donated to the city and named Stiles Park.

In the early to mid 1900’s, Stiles Park was very much a neighborhood park, with a flower garden and walking paths. Families living along 8th Street at the time would gather at the park for picnics and walks, and kids would frequent the park as a place to play, calling it “the best place in the world,” as they played barefoot in the plush, green grass and their eyes rolled across floral scenery.

Stiles Park also sat along Oklahoma City’s first trolley system route, which was installed in 1903 and eventually closed in 1947 as more and more people began to own automobiles and streets began to be paved. Recently, the Innovation District was contacted by local architect, Rand Elliot, that a sign from park’s early days had been uncovered in storage at one of his properties in Downtown OKC. 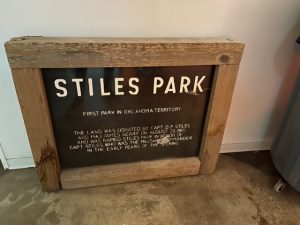 “The Stiles Park sign is an introduction into the history of Oklahoma City’s early, electric streetcar system,” Elliot said. “The streetcar system went to the park, and the sign indicated the park’s significance and history to the people who stopped at it.”

Today, Stiles Park has new markers to display its significance, history and location in Oklahoma City – Founders Plaza and its Beacon of Hope. These two symbols now make-up the center of the park’s circle, and they are packed with symbolism.

The Beacon of Hope, with its mile-high light, is surrounded by five stone rings and five flowering trees, each of which recognizes the five original visionaries. Twenty perimeter trees acknowledge the committee that supported their work, and a single oak tree still stands as a direct connection to the history of the park and the city.

Also encircling the Beacon are five native stone rings, punctuated with benches at the compass points to represent a campfire as a reminder of the Plains Indians who lived in Indian Territory. The red, yellow, black and white colors on these markers reference the four season and the four cardinal directions.

The Beacon of Hope sits at the center of the park and rises 100 feet into the air, “connecting our first 100 years to our next 100 years and beyond.” It was inspired by “transformation” and the belief that, “In one simple movement, a circle can become an ellipse, and that motion profoundly transforms the circle, just as healing transforms human suffering.”

It’s only fitting for a product of Oklahoma innovation to sit at the heart of Oklahoma City’s Innovation District. Stiles Park and its history are those products and represent development and change, from lawless land to a civilized, city park, and from OKC’s original trolly car systems to the city’s new streetcar system. When you look at the Beacon of Hope’s mile-high light at night, see it as a shining testament to the power of the human spirit and its pursuit of healing and hope in Oklahoma City and beyond.