PARTNERSHIPS AND LOCATION, KEYS TO SUCCESS

With the second lowest cost of living of any major metropolitan area, balanced with high wages and the best place to start a business for the second year in a row, the Oklahoma City area remains one of the best places to live, work and play. The list of reasons you should build your business here is growing – almost as quickly as the list of reasons why people love living here. In Oklahoma City, we understand that partnership among business, government and civic leaders is integral to our success. Our low costs, diverse economy and business-friendly environment have kept the economic doldrums at bay, and provided value, stability and profitability to our companies – and now we’re poised to do even more.

Oklahoma City’s innovation district is already a vital part of the region’s innovation economy. Over 18,000 people work in the area, almost 5 percent of the city’s total. Its cluster of medical and research institutions attracts three-quarters of the project dollars the state receives from the National Institutes of Health, and its improved commercialization outcomes, coupled with the presence of business support organizations like i2E, position it to become the region’s hub of entrepreneurial activity.

Furthermore, the district’s proximity to downtown—which is home to several major energy company headquarters—and other areas of growth give it a powerful locational advantage. Though only about 1,200 people live within the district itself, the neighborhoods to the west and south, such as Bricktown and Deep Deuce, have enjoyed a noticeable uptick in housing values, development, and amenities.

Read more in the Brookings Report and the Oklahoma City Data Report. 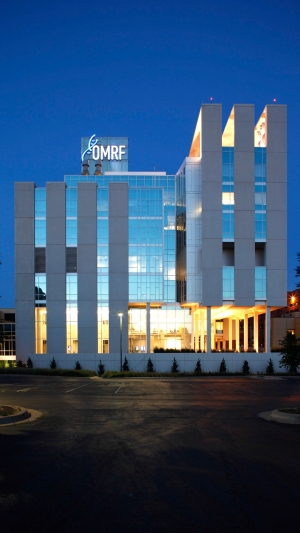 A report from the Brookings Metropolitan Policy Program explores the local realities of America’s economic progress, illuminating how metropolitan economies are performing today and over the past decade. The report finds that truly inclusive economic growth remains rare in metro America, but not in OKC.

A panel of Opportunity Zone experts addressed Oklahoma City’s business leaders discussing those investment opportunities at a recent event. Learn more about this exciting new development tool and how it will impact Oklahoma City’s future growth.

OKC is catching the attention of ambitious entrepreneurs because of a strong research community, the ability to hire talent quickly and cheaply, an influx of millennials, and quality of life. Throughout OKC’s vibrant entrepreneurial ecosystem, there are tools to help your small business succeed. The low cost of living and labor, central location in middle America, good schools and low taxes and regulations have turned OKC into an entrepreneurial paradise.